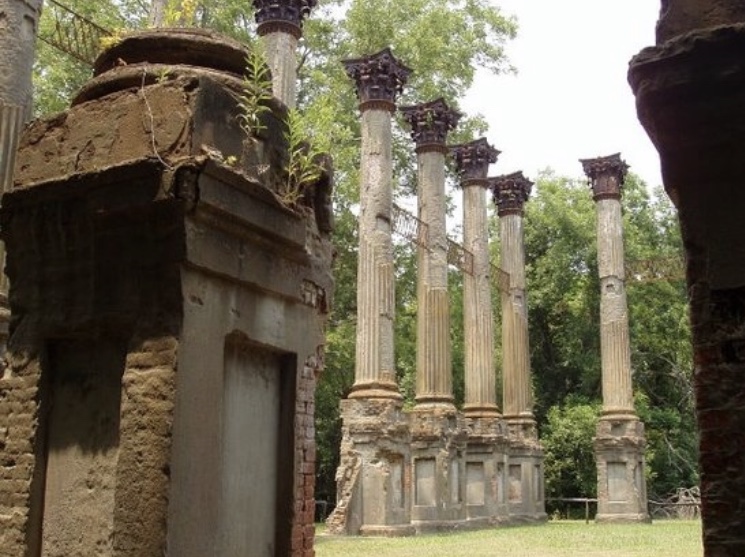 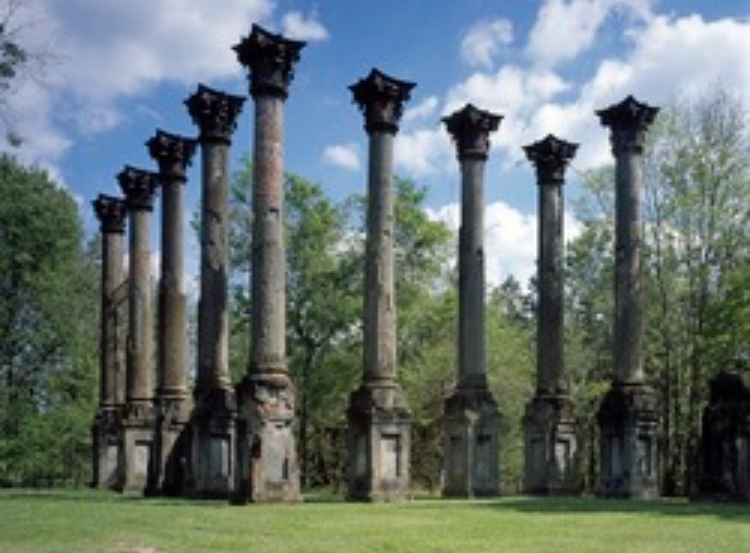 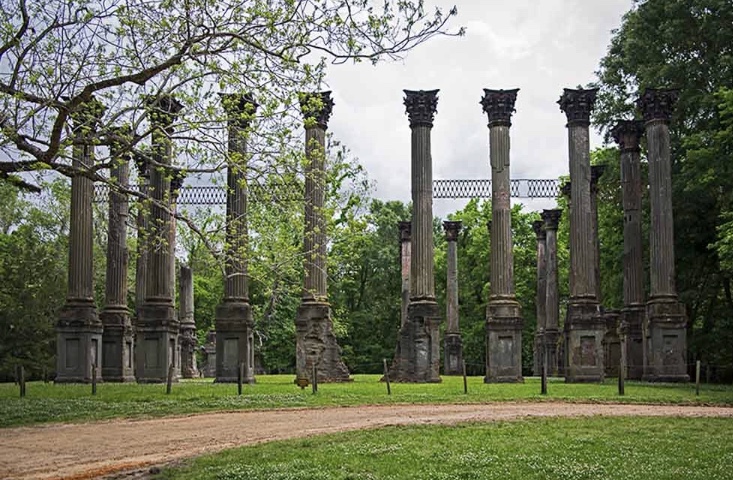 Built in 1859-61 by Smith Daniell who only lived in the large mansion for a few weeks before he died. The Windsor plantation is rich with history.

A Union soldier was shot in the front doorway of the home. During the Civil War the mansion was used as a Union hospital and observation post, thus sparing it from being burned by Union troops.

However, after the Civil War, during a house party on February 17, 1890 a guest left a lighted cigar on the upper balcony and Windsor burned to the ground. Everything was destroyed except 23 of the columns, balustrades and iron stairs.

Fun Fact:
Mark Twain, who would visited the Windsor Mansion would later write of its elegance in his book, Life on the Mississippi. 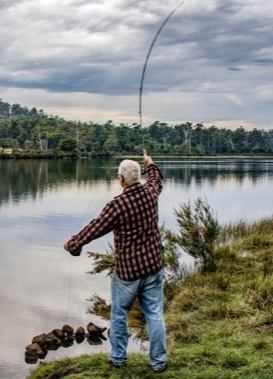