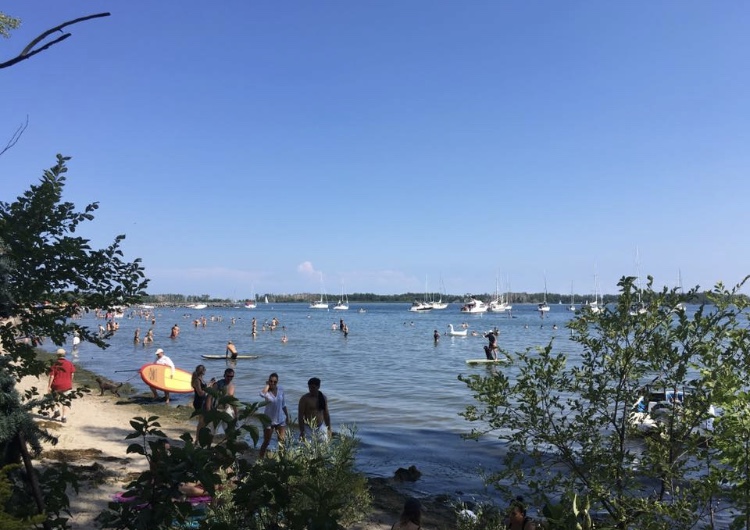 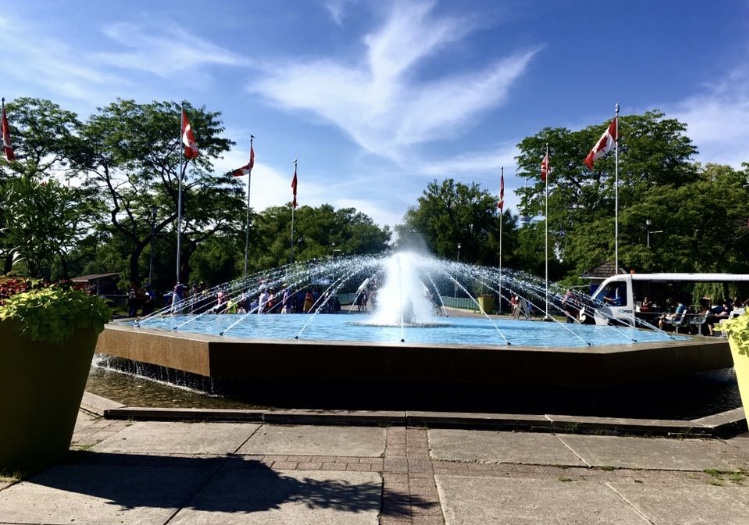 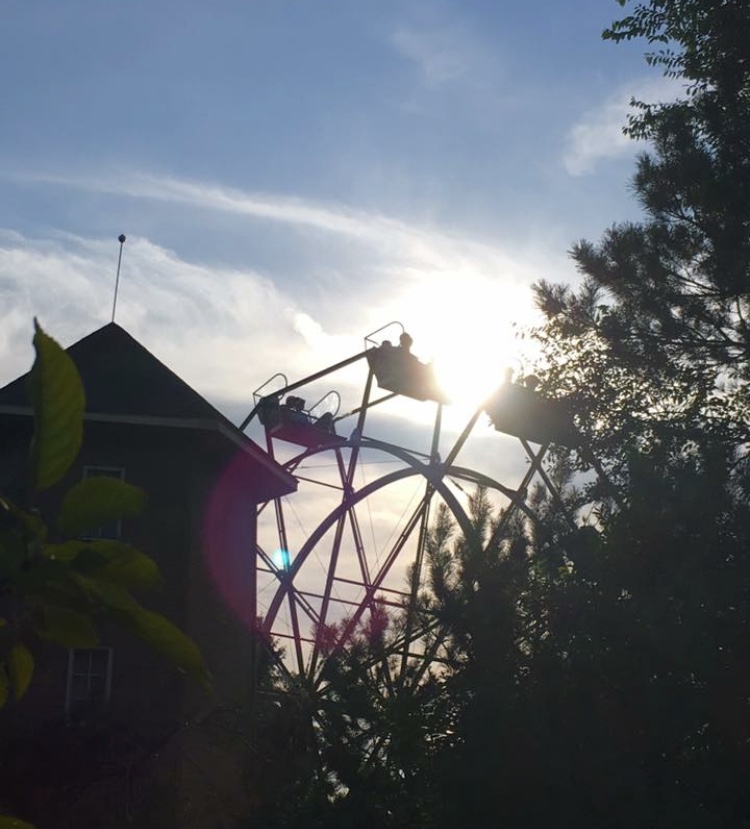 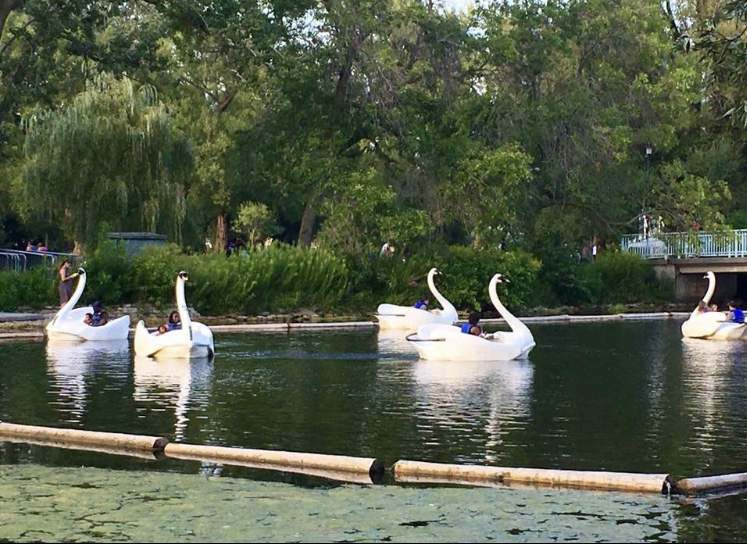 Toronto Islands are a small island chain in Toronto harbour also known as the Toronto Island Park.
Toronto’s own island community offers a quaint summer amusement park, paddle boats and bikes for rent, in-line skating paths, and plenty of grass and beach area for picnics. Best of all, there are no cars! Summer cottages from the 1920’s are home to some 250 families, and feature charming English-style gardens. The Islands are a 10-minute ferry ride from the docks located at the foot of Bay St.
The Islands provide the most spectacular view of Toronto’s impressive skyline, and are user friendly; signs instruct visitors to “Please walk on the grass” No cars allowed, which make the area a favourite for cyclists, walkers and rollerblade enthusiasts. The many lagoons and waterways are populated by ducks and swans, and some areas are off-limits to people, designated as “wilderness zones” for migratory birds.

The three major islands – there are eight islands with names and several without – are connected by a tram system. And each has its own atmosphere.
CENTRE ISLAND, which features huge picnic areas, greenspace, a maze, a beach, a chapel and award-winning gardens. It also features an amusement park geared towards younger children. ‘Centreville’ has some 30 rides, a petting zoo featuring farm animals and pony rides, and picturesque swan boats circling a small lagoon.

WARD’S ISLAND community is one of Toronto’s oldest residential communities. Residents of the island own their homes and lease the land. The small picturesque cottage-style homes sport some beautiful gardens and more cats per square mile anywhere, except possibly the Coliseum in Rome.

Fun Fact:
Gibraltar Point lighthouse, on the southwestern tip of the islands, has stood since 1808 and quickly became home to one of Toronto’s oldest mysteries when, in 1815, its first keeper, J.P. Radan Muller, disappeared. A subsequent lighthouse keeper found skeletal remains years later. Believed to have been beaten to death by soldiers from nearby Fort York, Muller is said to haunt the lighthouse, as a plaque on the grounds will attest to. 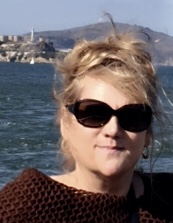