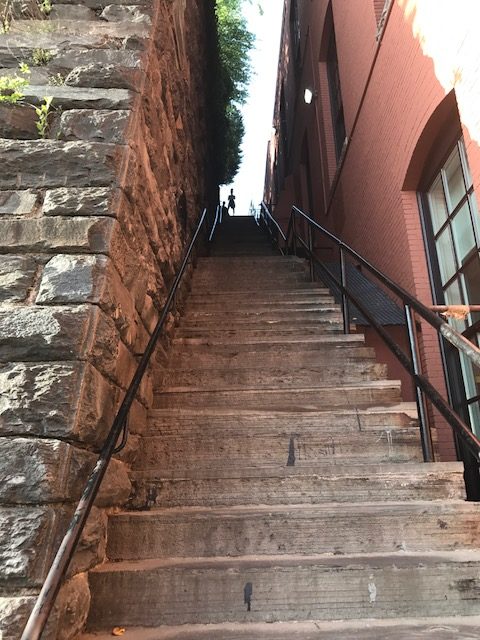 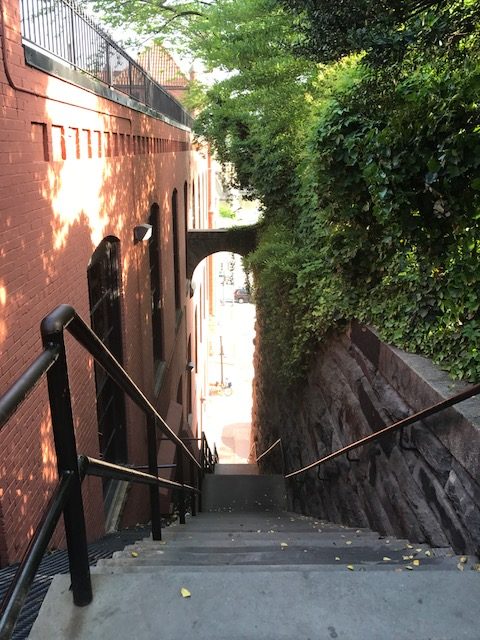 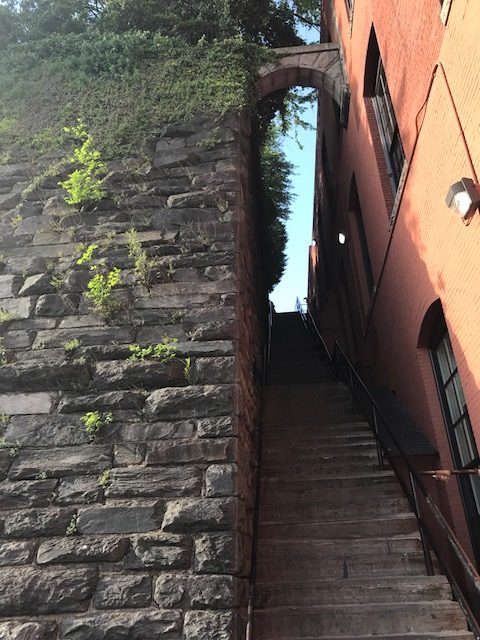 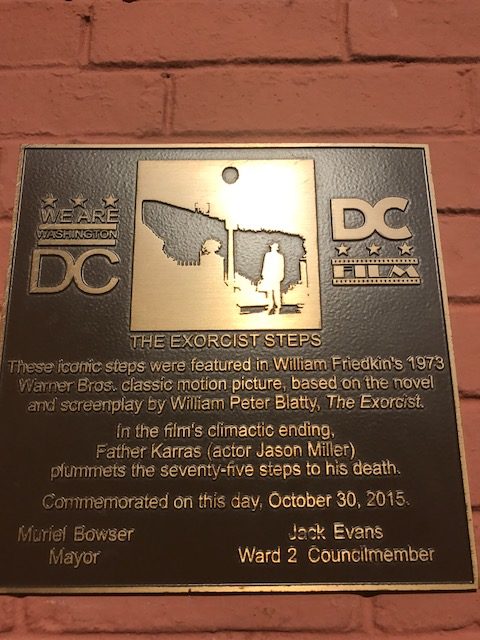 The narrow stone steps were featured in the famous horror film The Exorcist.
The flight of stairs were built in 1895 on the side of a building used to house trolley cars when Washington still used a cable car system.

FYI: Drive east along M Street. Just before it turn into Canal, you will see a gas station on the right. Pull over & park in the extra parking of the gas station. You will be right at the bottom of the stairs.

Fun Fact: Georgetown University students charged people $5 each to watch the stunt being filmed from the rooftops. 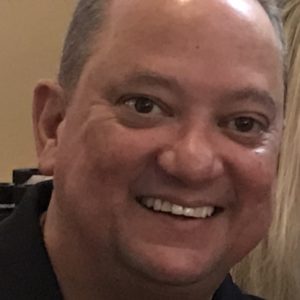