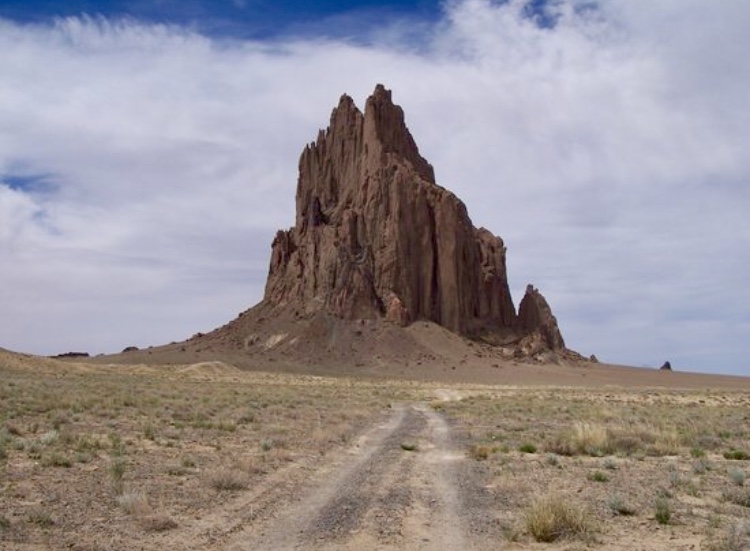 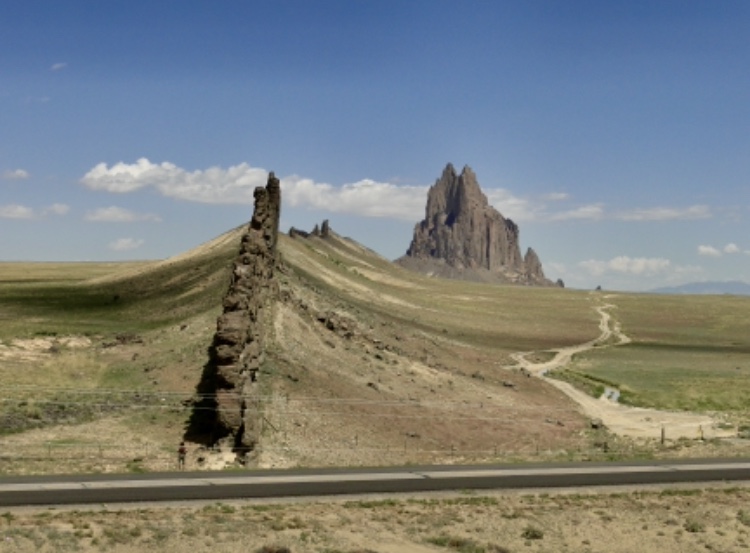 Accessible by off-road vehicles only lies Ship Rock a dramatic 7,177-foot-high rock mountain located in northwestern New Mexico and is composed of fine-grained volcanic rocks, which solidified in the vent as the volcano cooled and became inactive.

Called Tsé Bitʼaʼí or “the rock with wings,” Navajo Legends tell how Shiprock was a piece of land that became a bird, carrying the ancestral people of the Navajo on its back.

Ship Rock is illegal to climb. There were no access problems for the first 30 years of its climbing history but a tragic accident that resulted in a death in late March 1970 caused the Navajo Nation to ban rock climbing not only on Ship Rock but on all Navajo lands.

Although there is not much to do here apart from taking photographs, Shiprock provides an iconic Southwest image, of isolation, erosion, and mystery.

Fun Fact:
The peak has been called Shiprock, Shiprock Peak, and Ship Rock, which is its name on a map from the 1870s, because of its resemblance to 19th-century clipper ships. 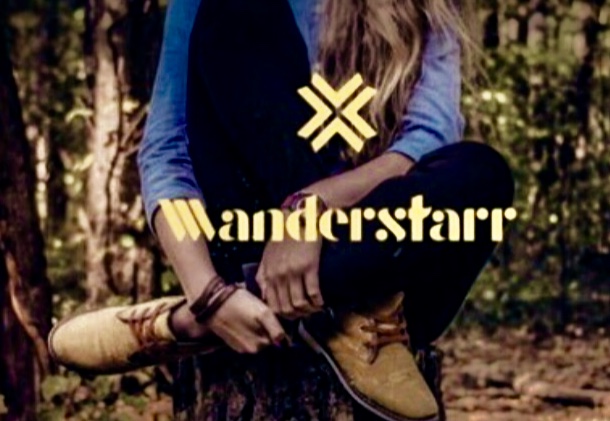