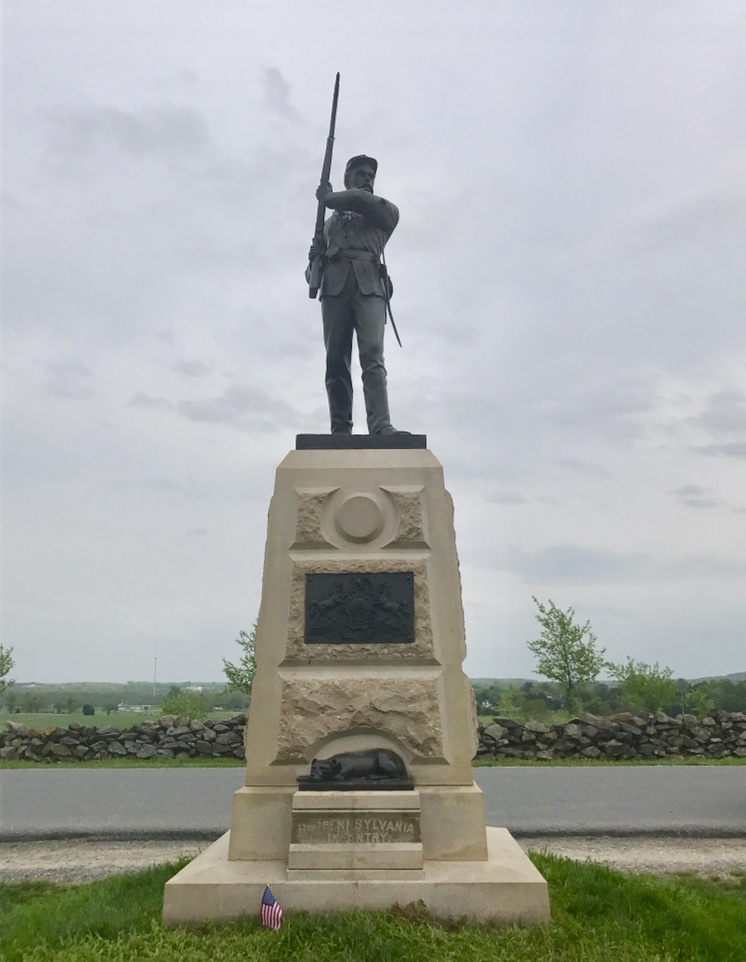 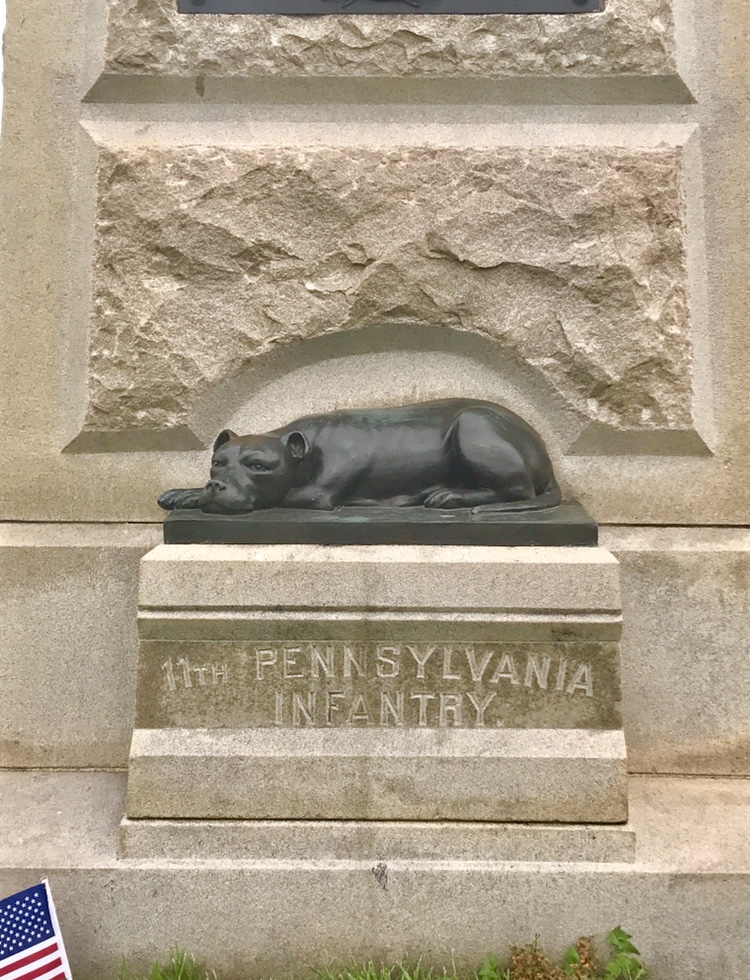 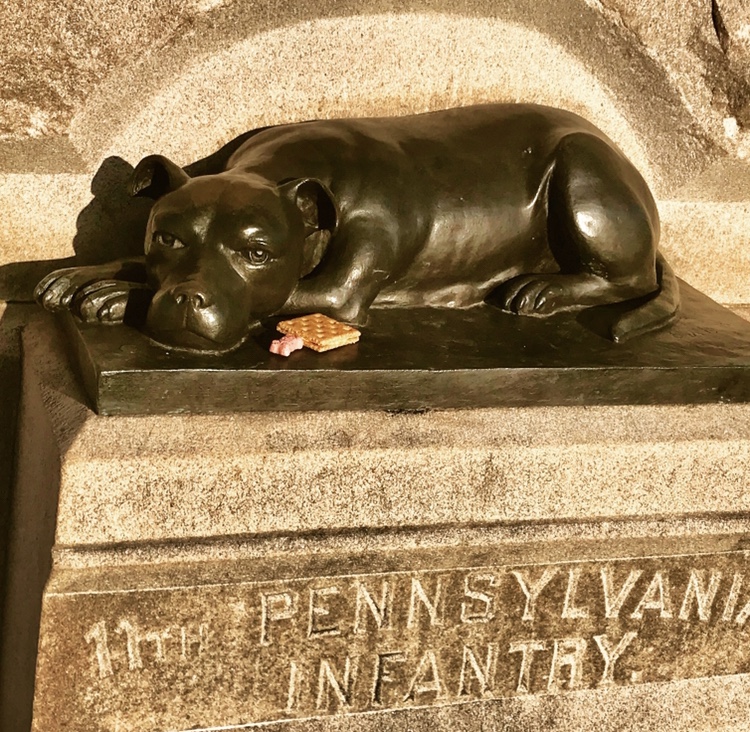 Sallie was given to the regiment as a puppy and took part in all their battles, taking position at the end of the firing line and barking furiously at the enemy. She was separated from the regiment at Gettysburg during the retreat through the town. After the battle the men returned to the scene of the first day’s fighting and found Sallie, weak but alive, maintaining a vigil over the dead and dying.

Sallie was killed at the Battle of Hatcher’s Run in February of 1865, and in spite of heavy Confederate fire several men stopped to bury her. When the monument was designed the regiment’s survivors unanimously decided to include a tribute to their smallest comrade. She is one of two dogs depicted on monuments at Gettysburg (the other is on the Irish Brigade monument) and the only one representing a dog who was in the battle.

The monument faces away from the road, towards the field, so make sure you don’t miss the front which is where Sallie’s likeness is depicted.

Fun Fact:
In the spring of 1863, Sallie as usual at the head of her regiment stood before Abraham Lincoln during the Army of the Potomac’s review. Legend says the president doffed his tall stovepipe hat to acknowledge the dog.