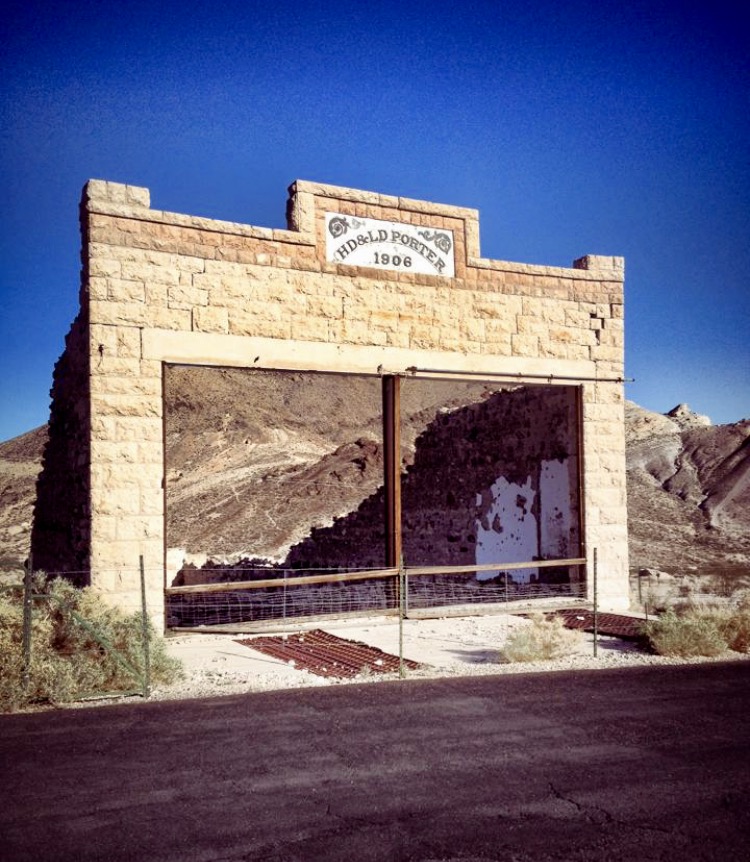 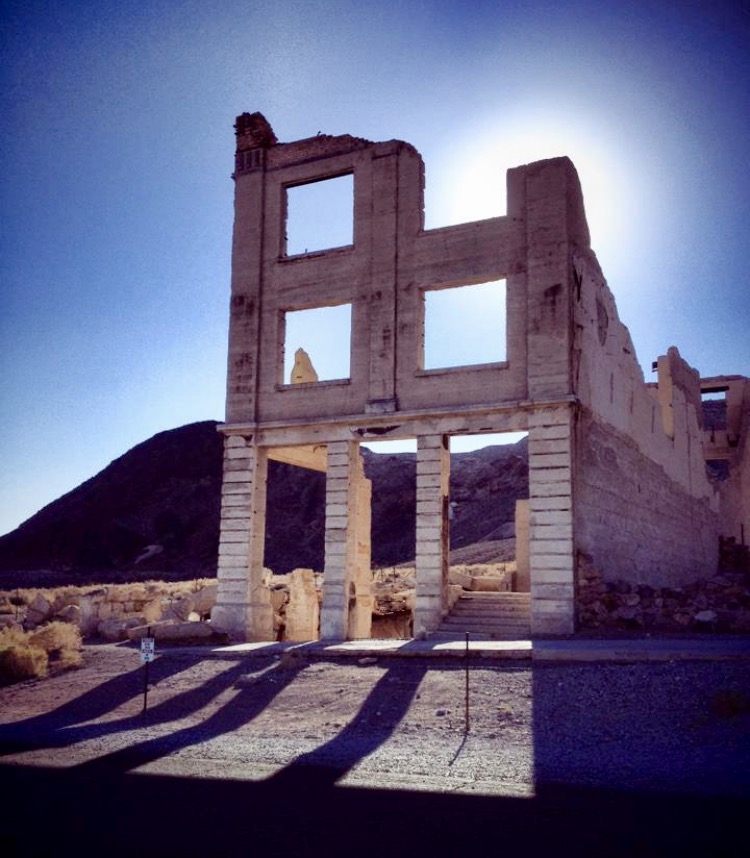 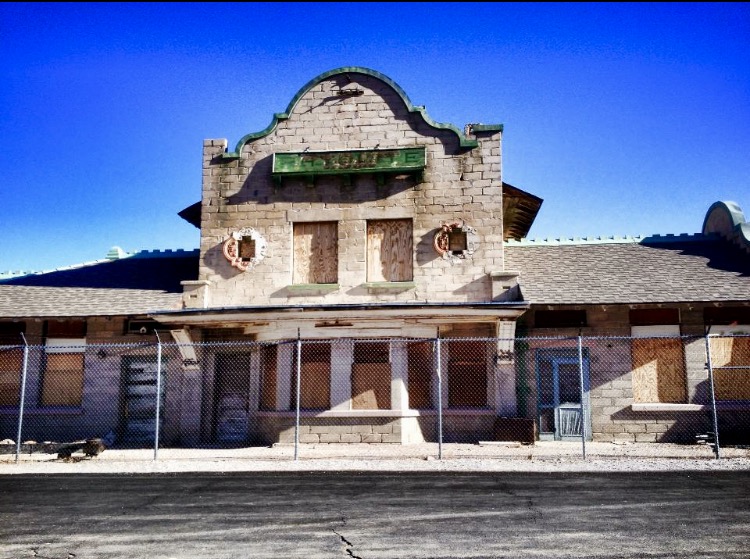 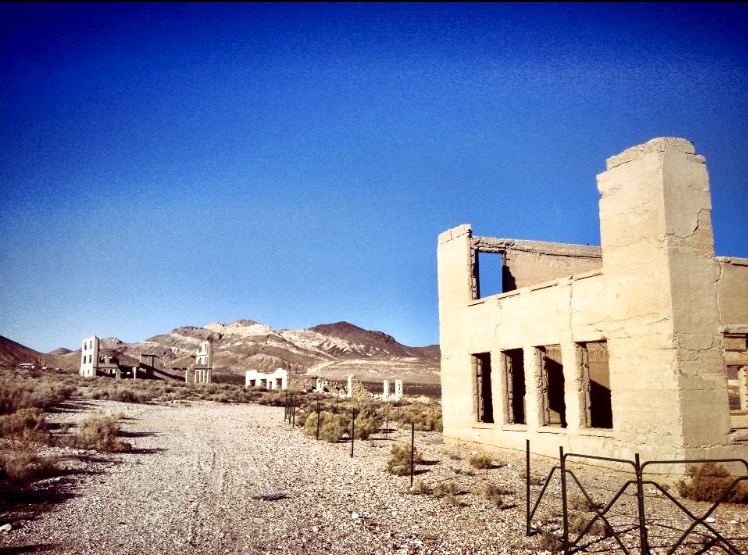 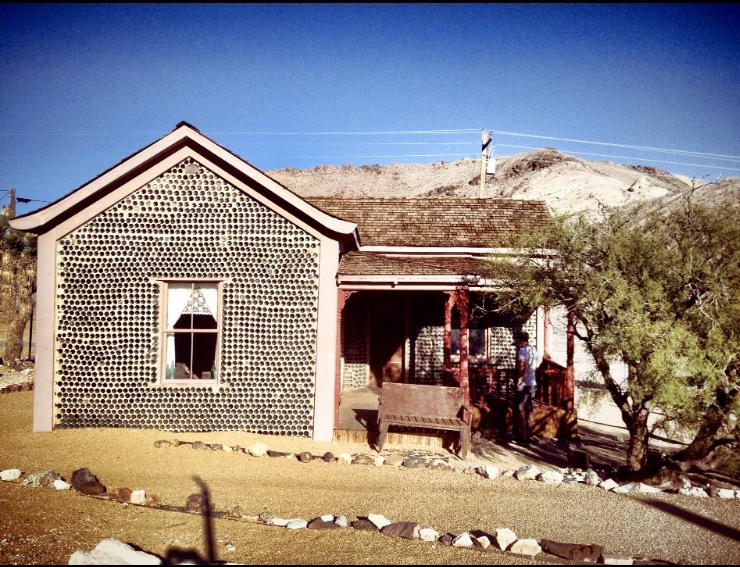 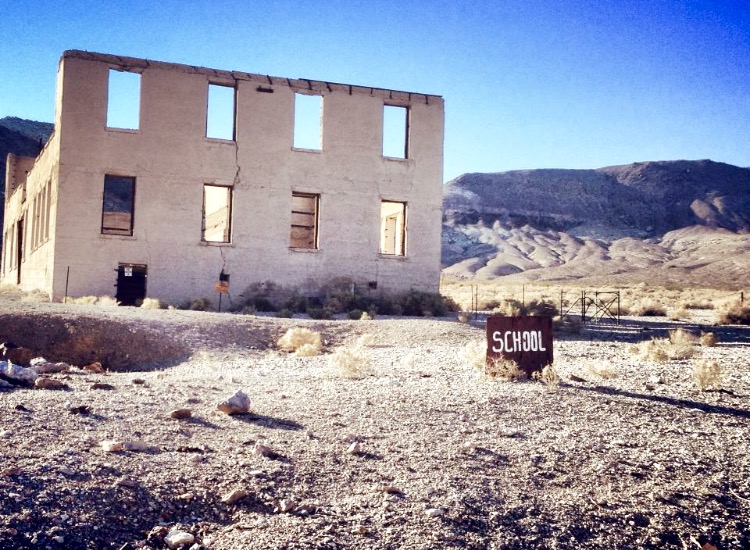 Rhyolite, Nevada
Rhyolite is a ghost town in the Bullfrog Hills. Founded in early 1905 as one of several mining camps that sprang up after a prospecting discovery in the surrounding hills.

The town had electric lights, water mains, telephones, newspapers, a hospital, a school, an opera house, and a stock exchange.
Rhyolite declined almost as rapidly as it rose. After the richest ore was exhausted, production fell. The 1906 San Francisco earthquake and the financial panic of 1907 made it more difficult to raise development capital.

After 1920, Rhyolite and its ruins became a setting for motion pictures. Today you can find several remnants of Rhyolite’s glory days. Some of the walls of the 3 story bank building are still standing, as is part of the old jail. The train depot (privately owned) is one of the few complete buildings left in the town, as is the Bottle House.

Fun Fact: The town is named for rhyolite, an igneous rock composed of light-colored silicates, usually buff to pink and occasionally light gray.