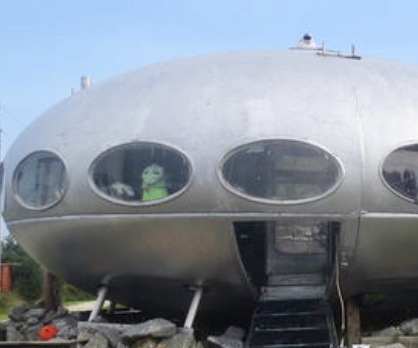 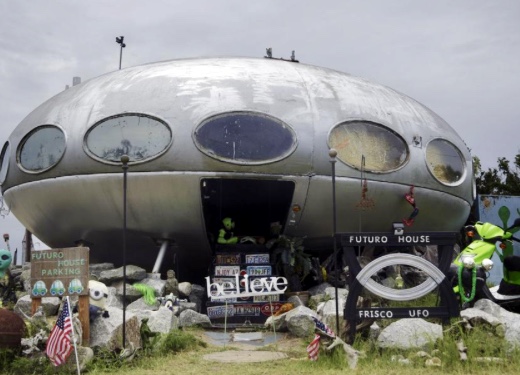 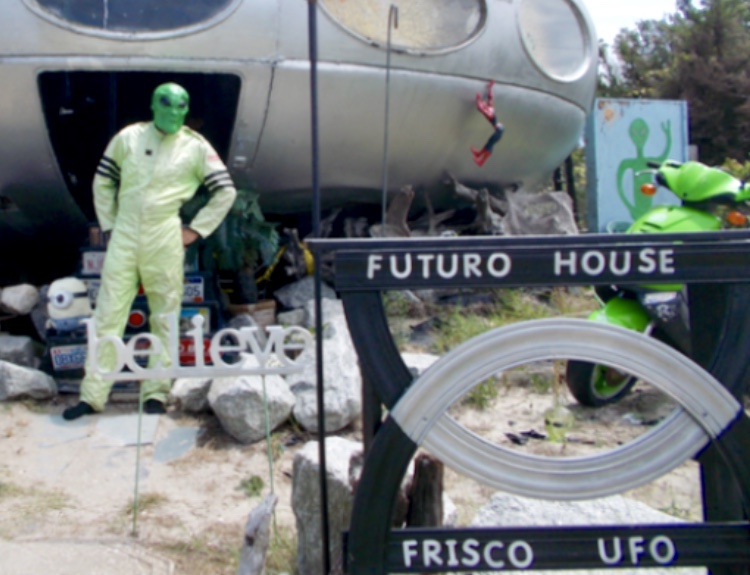 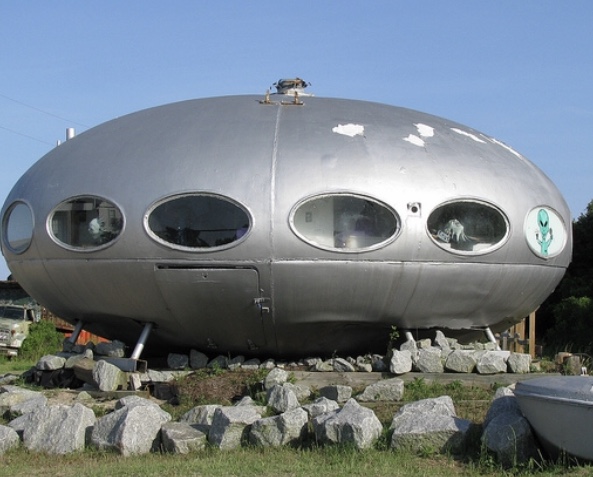 When you see the front steps of North Carolina’s Futuro House reading ‘Believe’, it almost makes sense that this Outer Space dwelling is tucked away as far as land can go before it meets water. The Futuro House (or, as it is more easily called, the UFO house) is the second most photographed place in the Outer Banks.

The original concept was born when Matti Suuronen was told to design something portable, and accessible for skiing. After studying he discovered the ellipse shape was ideal for the slopes, easily transportable, and could be broken down and moved around. The strange shape somehow fit perfectly for backcountry skiing.
Once advertised in Playboy Magazine as a “portable playhouse.” Only around 100 were ever built due to the 1973 oil crisis and the drastically increased costs of plastic associated, there are just 61 of the structures left the world.

Fun Fact:
While today the Futuro House is under private ownership, it originally served all kinds of purposes, like a hot dog stand, campground office, and even just a vacant visitor site. 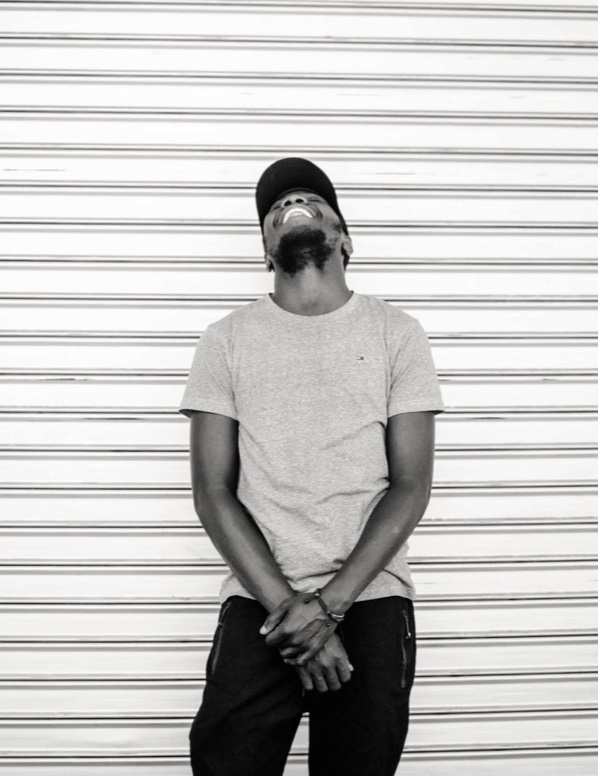