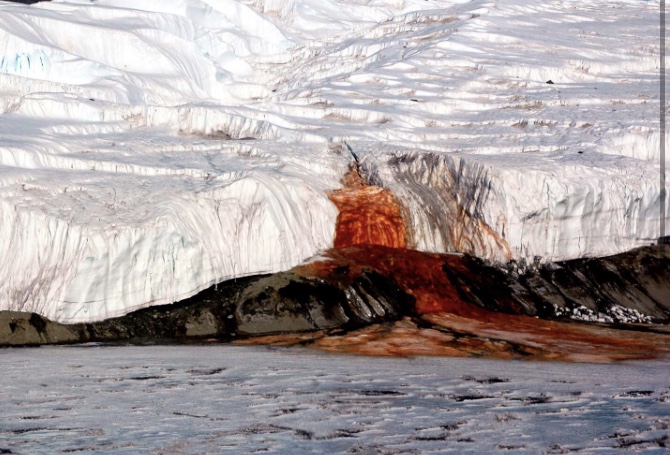 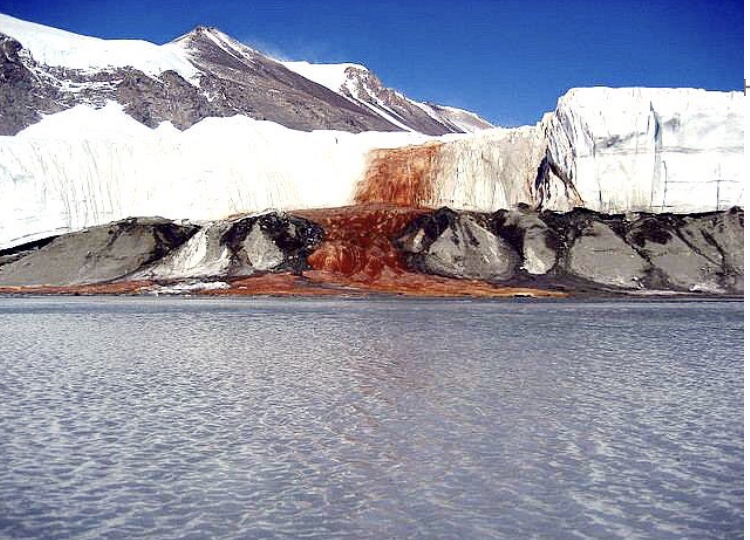 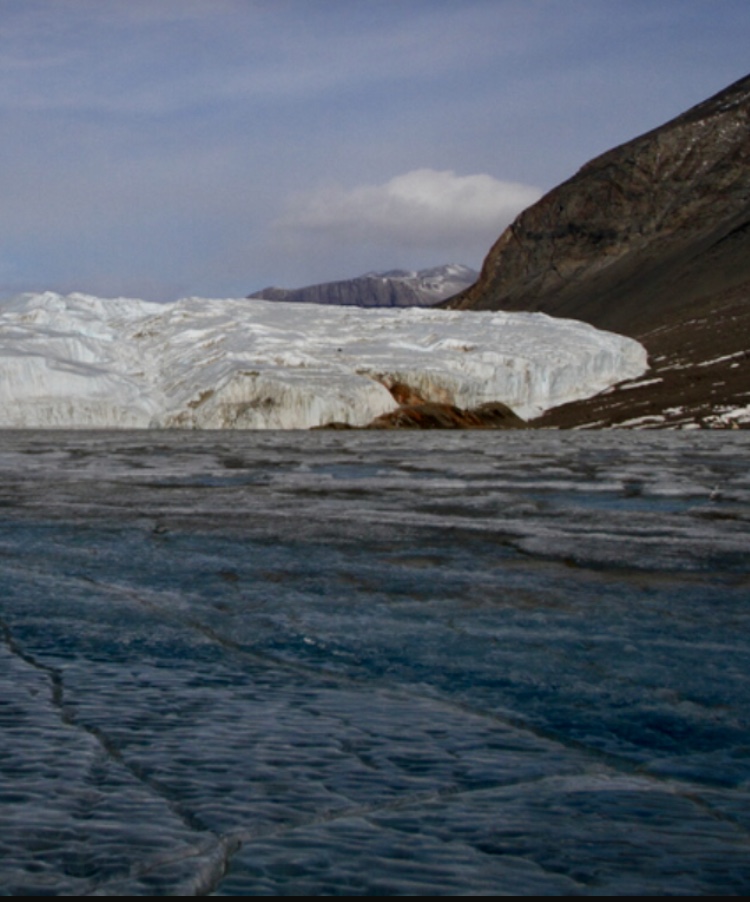 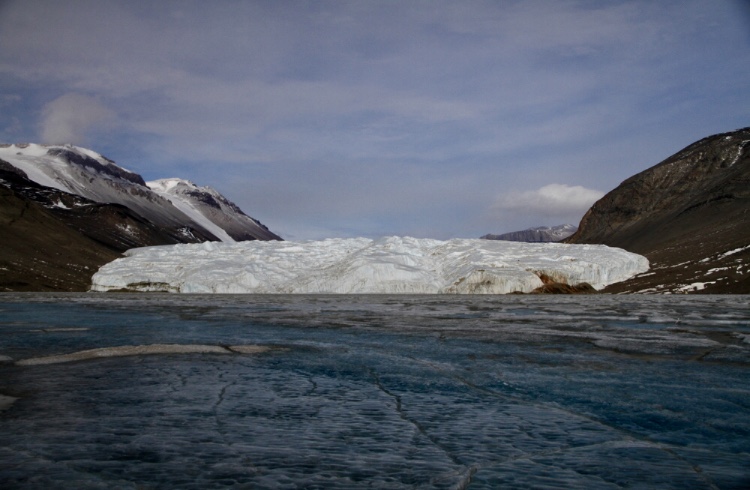 Located at the mouth of Taylor Glacier in East Antarctica

When Antarctic explorers first discovered a cliff stained with blood-red water in 1911, they assumed that red-hued algae were responsible for the colour. The place quickly became known as Blood Falls, although it turned out to be neither blood nor algae.

In fact, Blood Falls is the result of slowly oozing, iron-rich saltwater that oxidises in contact with air, just like rust. The water is so salty, it’s more accurately described as brine.

The color of the so-called Blood Falls baffled scientists when it was first discovered in 1911 and was originally thought to be the result of red algae.
The sporadic release of red water was later found to be the result of the iron-rich brine turning red when making contact with the air. In particular, the chemistry of this iron-rich, brine is altered by bacteria. When the liquid oxidises at the surface, it creates the blood-red colour similar to how rust appears.

FYI: The Dry Valleys are only accessible by helicopter from McMurdo Station (U.S.), Scott Base (New Zealand) or a cruise ship in the Ross Sea. 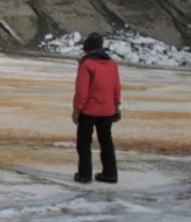